(This is my personal experience with regards to the issue – my opinion is based on my work and involvement with the ‘other side’ – its not based on any formal research, although that would make for a good study….).

I see women for counselling on a daily basis.  Many come and see me because of one thing: they are struggling with betrayal trauma caused by of their partners/husbands sex habits/addictions.

What does this mean?  It means these men have an obsessive habit of chasing for and experiencing the kick that addiction offers – to feel good, gratified and indulged.  Like all addictions, this kick (of looking at pornography and masturbation) wears off and they continue to seek bigger and better kicks. Before they know it they are indulging in habits and behaviours that they would otherwise never have even thought about, had they not arrived at this point of a re-wired brain!  Sex addiction does not involve a substance – you only need your body – mostly your genitals and your brain (although at first you don’t realise it!)

Let’s get it straight – sex is meant to be addictive!  Its high dose of bonding and pleasure hormones and dopamine, that are released during orgasm, have a purpose: to keep you desiring more – why? Well, because in the wondrous plan of the creation of humanity, the only method of continuation of the species, is through sex! The human species is the only species that can think about this.  It’s the only species that can think about thinking about procreation – all other animal species do it out of instinct.

The desire to GENerate a new GENeration (through our GENitals lol) is not something to be taken lightly.  We all know that all it requires is a man/male – for his sperm – and a woman/female for her egg.  From this, a new human being can be ‘generated’.  Sadly, this is where woke thinking gets it all wrong!  It DOESN’T END THERE – it cant end there.  If it takes a man and a woman, surely it must mean that a man and a woman are required to play a role in the caring for the child/ren in whose ‘generation’ they both played a role – a significant one I might add! Maybe, just maybe this is why the concept of  ‘family’ has always been an important structure within society?  Without this understanding, then surely sex ONLY becomes about the self-gratifying orgasm sex provides?  If this is the case then indulging in sex whenever, with whoever (or whatever) as often as you like – means addiction to the experience is highly likely, right?  We can have the discussion around purposely avoiding conception through artificial means, but that doesn’t solve the ‘addiction’ part does it? In fact in my reasoning, it can exacerbate it (!)

Back to my ladies.

They, like many of you, I would guess, are struggling with PTSD brought on by Betrayal.  Their hubbies/partners are addicted to sex – not because of THEIR WIVES/PARTNERS but because sexual behaviour is something they had no idea could be so potently and easily brain altering (and mind changing).  How? There are certainly many reasons but a massive one is pornography, which easily leads towards this and is so easily available.  Sadly many of the stories I hear, are about first exposure at a very young age.  They enjoyed what they saw as boys.  Of course, who wouldn’t? That’s the nature of the sexual urge! They continued to seek it out to experience the high.  Seeking became more frequent. The more highs they experienced, the more they needed to experience the same high and soon addiction resulted.  Their lives were altered forever.  How they perceive women, relationships and sex is severely affected.  As the addiction plays out, so the brain is altered. The novelty starts wearing off and searching for more hard-core, often violent and aggressive pornography ensues.  Soon the addict is watching stuff that he, some time back would’ve considered offensive and against his values.  He might start acting outside of his screen: seeking prostitutes, visiting parlours and other sex rendezvous. He likely then expects his wife/partner to play out some of these scenes in the bedroom. Violence can ensue.

Eventually it becomes IMPOSSIBLE to continue to act normally and soon the lie that he has been living, is exposed and a wife/partner and his family are left flailing in the deception, pain and trauma.  The fear and reality of being infected with an STI including HIV, is enormous and causes more trauma.

THIS is not good!  We cannot think that pornography is harmless!  It affects the good of society. It destroys marriages and wrecks homes.  Pornography feeds human trafficking.  You might not realize that most human trafficking victims are trafficked for the sex industry to play a role in the very pornography people are watching. You might not realize it, but THAT prostitute is THAT human-trafficked victim the sex buyer or sex addict is paying to feed his addiction.

Legalising prostitution will not only make it easier for him to get his kick, but will further the demand for prostitutes, increasing the crime of human trafficking.  Where do we break the cycle?

Sex is not a need.  Sex is a gift to share with someone in a loving relationship, to bond, to unite in such a powerful generous fulfilling way, that 9 months later the evidence of that love between them, has to be given a name.  Anything outside of this can only lead to objectification, pain, abuse, trauma and misery.

Marie-Anne te Brake is a counselor currently specializing in Betrayal Trauma. She is available at ma@tobsa.co.za 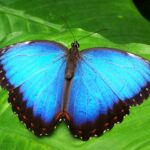